By Nelson Senra, one of the Michigan Students, and Paulo Rodrigues, Carlos Jacoe and Bruno Oliver, English Teachers.

Michigan Language Hub has always had teachers devoted to celebrating English Cultural Traditions and The 3 Teachers, who are also scientists, risk going on adventures as space-time travelers, to know all about these.

It is important to say that the three Teachers didn’t give up on continuing studying and decided to deepen their knowledge by researching Halloween, those stones and their mysteries.

The First Teacher, being a bright expert in archaeology and history, has a peculiar attention to parchments, old books and all kinds of scrolls. His name is Taurus Clark and he was born in England.

Halloween is a holiday celebrated each year on October 31, the tradition originated with the ancient Celtic festival of Samhain, when people would light bonfires and wear costumes to ward off ghosts.

In the eighth century, Pope Gregory III designated November 1 as a time to honor all saints. Soon, All Saints Day incorporated some of the traditions of Samhain. The evening before was known as All Hallows Eve, and later on, as Halloween.

Over time, Halloween evolved into a day of activities like trick-or-treating, carving jack-o-lanterns, social gatherings, wearing costumes and eating treats.

Halloween was connected to a major event between ancient people and their gods, turning into a happy gathering due to good harvest, welfare and as a farewell to their gods.

Searching for the roots of Halloween, he knew that Stonehenge, a magic circle of mystic stones, could be the most remarkable prehistoric hallow, possibly used as a thanksgiving monument, as an expression of special gratitude to God. The Magic Circle was used to communicate with those Gods.

Such stones were laid out as a ring, just like other similar pre-historic sites. However, the Stonehenge Ring suited with historical and archeological perfection to the concept of “Hallow”, which means what is sacred or sanctified, coming from the Gods.

The three teachers also noticed that Stonehenge has served as an orbital point of reference or as a powerful antenna to receive extraterrestrial messages from the Gods.

Could it also be a setting of communication with the afterlife?

A sort of gateway to immortal souls?

As their first research was over, the 3 Teachers returned to the unsolvable mystery of the Great Thanksgiving Circle. The truth is: whatever had happened, those Teachers have never been the same again.

The second, a bright astronomer, archaeologist, anthropologist and historian, Yakov Meteorovitch was born in Russia.

Yakov found archeological registers of huge cavities close to the ring of stones, with some effective help from Teacher Juno.

After having been touched by my first research, I decided to visit that magical place for a deeper review, I flew to Wiltshire, in England, to see the rings of standing stones set within ditches between the Neolithic and Bronze Age.

There I was devoted to digging deep into the traditions of Britain and finding an intriguing mystery related to the celestial lights in Wiltshire grounds, which had already been seen by the early inhabitants of Southern West England, as early as 3.000 BC.

These lights appeared high up in the skies at times and in the horizon producing disturbances with amazing effects. Their tones changed from dark, glossy green to astonishing shades of orange, yellow, red, through bright blue.

Some of the ancient people who lived in this region truly believed these lights were images of their beloved ones that had passed away and populated the heavens.

For some unclear reason, these spirits of light floated from one side to another in the skies, trying to resume their earthly lives among the living ones.

Terrifying? Could be, but these very brave ancient inhabitants, with much difficulty, were never scared or intimidated by this mysterious phenomenon.

Once touched by one unrestrained desire to learn more about the old Southern England inhabitants and their perceptions and beliefs, of the trans natural order of things, I had no choice but to go back in time for more knowledge.

What could be the meaning of the moving lights of Stonehenge?

Answers will soon come across.

What is amazing is that they were erected around 8,000 years B.C.

Were the lights already there?

Lights in the skies are a well-known phenomenon. Today’s scientists call them “aurorae”. When seen in the northern hemisphere of Earth, they are referred to as “aurora borealis” or simply northern polar lights.

Those lights are the result of disturbances in outer space, far from Earth’s orbital regions caused by solar winds.

These winds travel all the way from the sun and interact with Earth’s magnetic field. These solar particles, known to scientists as solar “plasma”, are deviated when they hit our atmosphere and separate into protons and electrons, precipitating like a cosmic rainfall. The result is a divine array of colored light emissions.

So, mystery clarified and solved? Not quite.

The lights are still seen today. It wouldn’t be a surprise to but these lights were inside the ring.

The Gods themselves were in there.

Staying in England, Yakov just couldn’t sleep at night. He was taken by an uncontrollable desire to keep on studying this matter. While visiting the Stonehenge grounds during his research, he obviously talked to many of the local inhabitants.

Yakov learned that Stonehenge was not the first “ring of stones” in England! Shocking, but true. Stonehenge is the mostly known Neolithic monument in Britain, but definitely not the only one.

The phenomenon of lights had to be something more than belief. Obviously, such greatness, beauty and breathing spectacle couldn’t come from only mortals. It had to be much more. Gods, for sure.

The inhabitants accepted that these lights over Stonehenge were Gods feasting and showing grace to the people.

The third and youngest Teacher, Juno Mc Drill, who is a respectable geologist, adventurer and archaeologist. Found in excavations, in his spare time, keeps being a good runner and a fighter.

Teacher Juno, a colleague of Taurus and Yakov at Michigan Language Hub, provided the necessary support to Yakov. They met together in London, after a few weeks.

Once at the British capital, they had many discussions during dinner, usually fish and chips with old ales and stouts on the side, enough to decide that the three will travel to the Orkney Archipelago, just north of Scotch coast.

I joined other archaeologists on excavations and found traces of a range of materials used inside those constructions with doors and windows strategically placed to provide sunlight and ventilation. Everything in these sites was done following very unique and exquisite skills by the ancient inhabitants.

I found out that these ancient inhabitants of Northern England were farmers and animal breeders, due to this fact, they invented a kind of a natural fertilizer – manure. And this was evidenced by carbon tracing on the soils, so we can say Northern England was woodland in the early years of 5,500 BC.

Stonehenge is the mostly known Neolithic monument in Britain, but definitely not the only or first one.

The Ring of Brodgar, the Stones of Stenness, Mae Howe Tomb and other henges are connected, in some mysterious ways, with those magical sarsens stuck inside Salisbury plains forming the monument we call Stonehenge. All these monuments are inextricably linked.

Other Neolithic monuments around the world have shown that the men of those ancient times were not capable of hauling extra heavy rocks from one remote place to another, sometimes across oceans, with the technological and logistical resources available.

So they, on their way back to Michigan Language Hub, realized that throughout the history of mankind, other civilizations in our planet had experienced the same outcome.

Perhaps ancient men could definitely communicate with supernatural beings, or at least, unearthly ways of life from outer space. Possibly, for a number of reasons, this skill to talk facing aliens has been lost over the following centuries. We don’t know.

All the discoveries may be a piece to a larger puzzle, no one dreamed could exist: Stonehenge, 5,000 years later, and completely unexplained.

It may be an attempt by men to reacquire their telepathic skills and ways of communicating with the gods, or better, with the God of gods.

Who knows what else can be found about this? 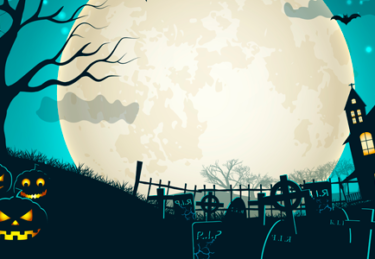 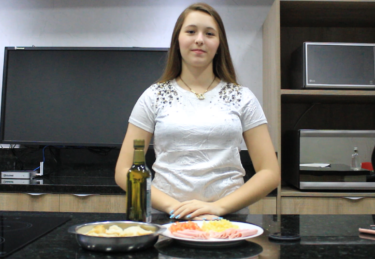